Why you should come to DrupalCon Prague

First of all: I'm a featured speaker. I'll be hosting a session called 'Drupal 8 for Site Builders'. Come and watch to get an overview of all the wonders and power Drupal 8 has for creating a site. However, there are other reasons to attend DrupalCon Prague, and they are not Drupal related at all. 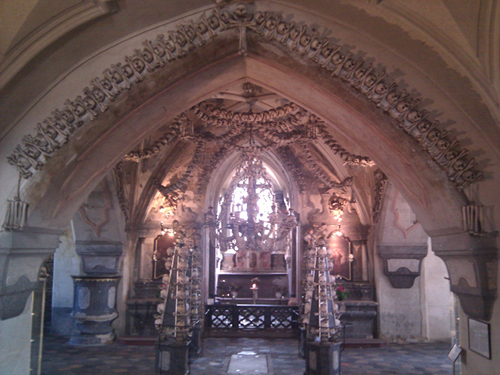 Kutná Hora is a little town, about 80 kilometers away from Prague, world known for its Sedlec ossuary which contains a lot of human bones, used for decorating the inside. While this may sound luguber, a visit to this small chapel is not something you will ever forget. And if you don't go inside, the top of the chapel has a skull, they really thought about everything. The easiest way to get there is by train and even arriving in the small station is worth travelling. I have seen it already, but will be going again, so feel free to join me.

CERN, the European Organization for Nuclear Research, is opening its doors on 28th and 29th of september for the public for it so called CERN opendays. CERN lies in Geneva, Switserland, about 8 hours driving from Prague, or maybe 1 hour flying by plane. You'll be able to go down 100 meters underground and look at the Large Hadron collider and all other amazingly cool experiments scientists and engineers perform. Unless you are Daniel "dawehner" Wehner, you don't get that many chances to visit this place in your lifetime, especially since they only open it up publicly every 4 years. Tickets are for sale starting August, so keep an eye on the website if you want to go. That means I won't be attending the post-sprints, but honestly, I can live with that.

Why you should come to DrupalCon Prague 2013-06-18T11:27:25+02:00
Have you written a response to this? Let me know the URL by sending a webmention.
Topics
planet
holiday
physics
church
drupalcon prague