It's time to create an album 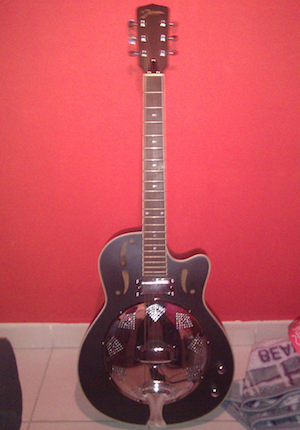 There was a time that I was a tiny rock star. At least in Gent. I played in a band, we even made into Humo's Rock Rally once, but got friendly declined to enter the next round. Then, real life starts and you forget a rehearsal or two, ending up alone again in your room. Just like you were 14 again, practicing chords on your first guitar. Nothing is wrong with that, but one piece is missing: an album.

From today on, I'm taking some months off from working professionally and will start recording songs and try and create my first album. And by the time it's released, I can start a new career. Simple plan right ?

I'll be scheduling my time in a practical way so I've got time to help landing the remaining big patches for Drupal 8, together with the awesome Field API team. So don't worry, you will still see me in the queue. I might just paste some partial lyrics. And you'll find me at DrupalCon Prague where I'll be at the core sprints, probably trying out songs now and then while hacking.

Apart from that, I'll be travelling a lot, chilling in the garden reading books that have been waiting for me since ages or following some courses on Coursera. Life is just going to be extremely sweet the next following months.

For now, quoting one my best friends: rock on!

Good luck in your rockstar carrier and don't forget to do some sports too !

I think this such a brilliant idea. You will treasure this months for the rest of your live.
Can I order a copy in advance :-)