Indigenous for iOS, IndieWeb and ActivityPub for Drupal

I'm glad to announce that I've been awarded a grant as part of the European Next Generation Internet initiative (NGI) by the Dutch NLnet Foundation to work on my (currently) favorite projects: Indigenous and IndieWeb1. I didn't count on being selected when I submitted my proposal when looking at the other entries, but I guess I made a good case. I'll be spending a lot of time the following months working on them, so you can expect some exciting releases. The status of all projects and work done within this grant will be tracked here.

The app was originally started by Edward Hinkle and was the main trigger for me to build the Android equivalent. The project is currently unmaintained and lacks many features which are available in the Android version. Thanks to the grant, I can now revive the project so iOS users will be able to enjoy IndieWeb with a more richer and mature application.

Edward was so kind to transfer the existing repository over to me so all issues are preserved. I'll be creating projects and milestones so everyone can track progress. At some point, I will start rolling out releases in a beta program, so watch this space or announcements on Twitter to know when you can sign up for testing.

One of the last major missing pieces for the module is support for multiple users. All features currently work great for one account and the Micropub server supports multiple authors posting to the same domain. However, it's far from perfect, and especially the built-in Microsub server is not compatible at all for more than one user.

Work started in a separate branch a couple of months ago, but progress is slow as dragons are everywhere and I only work on this when I have some free time. With this grant, I'll be able to focus 2 weeks in a row to rewrite the critical pieces, not to mention all the tests.

I haven't decided yet whether I'm going to write an upgrade path, but I will keep on supporting both branches as I'm using the module on my site which only has one user, so no need to worry in case you are using the module already.

It's been on my mind for so long, but I will finally will be able to work extensively on the Drupal Activity module. My work will happen on Drupal.org instead of the existing repository on GitHub, which will be used for a more extended version somewhere in the future. The 1.0.x branch on d.o will contain the lite version.

Besides these 3 major goals, I'll focus as well on the interoperability of both app clients (Android and iOS) with more software, e.g. Mastodon and Pixelfed. I'm brainstorming to figure out the best approach to contribute and how to integrate them with both clients, more details will be released in future blog posts and notes.

All those projects have a place in my personal vision on the Open Web, so I feel incredibly lucky to be able to work on them almost full time, hoping to convince more people to jump onboard ultimately. It would be great if we could get something into Drupal Core one day, or at least make some more noise around it. If you have questions, feedback or just want to have a chat, I'm (still, yes I know) on IRC on irc.freenode.net (indieweb or drupal channels). Ping swentel and I'll be all ears.

1. to be fair, Solfidola might come close to become my new favorite, but it's not related with IndieWeb at all :)

My name is Kristof De Jaeger also known as swentel. I live in beautiful Vogelhoek, cofounded eps & kaas and usually quite busy: trying to create an album (taking a while), writing plays (first one done!) and playing piano. I also fly around a lot with drones, hack on Drupal, Android, HTML 5, JS and Indieweb. Loving travel, art, books, music and Mpatshi. 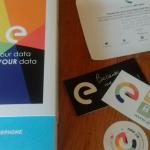